EEOC Concerns in the Use of Social Media for Job Postings

Social media platforms have come to dominate all aspects of modern life and have gained increasing prominence in companies’ efforts to fill job vacancies as well as individuals’ efforts to find employment.  While that increase in the use of social media by employers has broadened the pool of potential employees, it has also led to new complications and considerations in the context of employment discrimination law. Below, the employment law attorneys at Eccleston & Wolf discuss potential concerns with social media and employee recruitment. 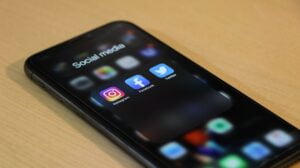 Recently, one large labor union, along with several of its individual members, filed numerous Charges of Discrimination with the EEOC against companies in a variety of industries throughout the country concerning the use of such demographics to target job applicants in advertisements on Facebook.

The Charges generally claim discrimination based upon age and/or sex. When these ads were placed, the companies placing the ads selected limitations on the “target audience” who would receive the ad, as allowed by Facebook.

The Charging Parties claimed that they would have applied for these jobs had they received these ads, and that they were discriminated against due to these restrictions.  In addition to these administrative charges, the union and the individual members have filed a Class Action Suit against several national companies, including T-Mobile and Amazon, based on the same allegations of discriminatory Facebook job advertisements.

With the prevalence of social media as a tool to find the widest and deepest pool of job applicants, claims of employment discrimination based on job-related postings on social media are likely to be a growing area of concern.

The initial responses to such claims from the EEOC and civil Courts have resulted in disparate outcomes that clearly demonstrate the unsettled and developing nature of this field of discrimination law. The existing jurisprudence presents a number of compelling arguments for employers to defend against such allegations of discrimination, and substantial obstacles for claimants in attempting to establish their claims.

However, the EEOC’s acceptance of such claims, and its finding that these ads constituted probable cause of discrimination, has emboldened these claimants, and has presented a new risk of employment litigation for employers utilizing social media in this manner.

Title VII and the ADEA both prohibit employers from printing or publishing any notice or advertisement which indicates any “preference, limitation, specification or discrimination based on any of the protected classes.”  Some courts have held that the ADEA’s prohibition on disparate impact does not apply to job applicants, and only individuals with the status of an employee can make a claim under the ADEA based on disparate impact.  Villarreal v. RJ Reynolds Tobacco Co., 839 F.3d 958 (11th Cir. 2016); Kleber v. Carefusion Corp., 914 F.3d 480 (7th Cir. 2019).  However, that proposition is not a well-established one, and the issue remains one of first impression in many other jurisdictions.  Most of the regulation and case law related to such Title VII claims concern the actual language used in the advertisement, such as discriminatory or preferential language that would dissuade or deter applicants from one of the protected classes.

Moreover, in order to establish standing to sue based on a discriminatory job advertisement, a claimant must establish that “but for” the discrimination, he or she would have applied for the position.  Hailes v. United Air Lines, 464 F.2d 1006 (5th Cir. 1972).  Some courts have held that there is no standing unless the claimant actually applied for the position, because without such application any injury is purely speculative.  Pedreira v. Kentucky Baptist Homes for Children, Inc., 579 F.3d 722, 727 (6th Cir. 2009); Jackson v. Dukakis, 526 F.2d 64, 65-67 (1st Cir. 1975).  Furthermore, a non-applicant must demonstrate a “real, present interest in the type of employment advertised,” and that the applicant was effectively deterred from applying by the alleged impropriety in the advertisement.  Hailes, 464 F.2d at 1008. This area is also not entirely settled nor identical across jurisdictions, but this case law provides strong arguments for rebutting claims relating to these demographically targeted job advertisements.

In most cases, claimants will have difficulty establishing standing, particularly given that employers generally post notices of open positions on multiple online platforms, most of which do not include any demographic targeting. Employers can argue that if claimants are actively searching for jobs, without limitation, then the absence of a posting on a single social media platform is not enough to establish that the targeted advertisement was the but-for cause of a claimant’s failure to apply for the job (since they would have seen the posting on other job posting sites).  Additionally, claimants must establish an actual interest in, and qualifications for a particular position advertised in order to establish any alleged harm from being denied access to a targeted advertisement.

As discussed above, there are a number of viable arguments that simply targeting job advertisements to particular demographics is not sufficient to constitute a violation of Title VII or the ADEA.  However, the EEOC has taken the position that the mere act of targeting particular demographics with job advertisements constitutes a “technical violation” of the prohibition against discrimination in job-related advertising under Title VII and the ADEA.  In the many Charges filed by the union and its members, the EEOC has repeatedly found probable cause of discrimination based on the targeted advertisements, regardless of legitimate (and often undisputed) deficiencies in the standing of particular claimants.

Despite the inability of those claimants to establish standing, the EEOC has taken the position that it can find a “technical violation” of the statutes without making any determination as to an individual claimant’s actual standing, or whether a claimant has any factual basis for a claim that they were subjected to intentional discrimination. The EEOC has asserted that in such instances it will not insist on any monetary compensation for particular claimants in the subsequent conciliation process and, therefore, claims that it is not required to assess the actual merits of a particular claimant’s claim.

However, this position is disingenuous at best, as the EEOC regularly facilitates negotiations during its conciliation procedure to resolve such claimants’ monetary demands (including substantial claims for attorney’s fees by counsel for the claimants).  Given the newness of these types of claims, it is not yet clear what impact the EEOC’s position will have on potential litigation of these claims following the conclusion of the administrative process.

In addition to the multiple Charges with the EEOC, the union and several of its members also have filed a Class Action Suit against a number of national companies based on targeted Facebook job advertisements.

The United States District Court for Northern California has granted several Motions to Dismiss filed by the Defendants in that case. The Court found that the individual purported class representatives failed to establish standing or personal jurisdiction for the reasons discussed above.

These initial rulings indicate that civil Courts will require claimants to establish actual standing based on a real, actual interest in an advertised position and qualifications for the position in order to pursue claims for discrimination in this area.

However, while the California Court has granted multiple Motions to Dismiss, it has repeatedly permitted plaintiffs an opportunity to amend to cure defects in their Complaint, particularly with regard to the standing issue.  The Court’s insistence on plaintiffs establishing standing for a particular claim is encouraging.

However, the latitude given to plaintiffs in their attempts to find a basis for standing presents a concern regarding the potential costs of defense if claimants pursue litigation of these claims.

Given how frequent the use of social media has become in employment solicitation, the law on employment discrimination in those practices is likely to continue to develop.  It is critical for employers to be aware of the potential dangers of these practices in posting job opportunities on social media, and seek guidance on strategy for defending such claims in the event they materialize.

As a newly developing field of employment discrimination litigation, it is critical that employers present the strongest defenses to establish favorable jurisprudence, and maintain the highest bar for claimants to clear in attempting to establish such claims.

Learn More With the Employment Law Attorneys at Eccleston and Wolf

At Eccleston & Wolf, our attorneys have extensive experience representing employers throughout varied industries in employment discrimination claims across Maryland, Washington D.C. and Virginia. If your business has questions or concerns regarding employment-related claims, contact your local Eccleston & Wolf office to see how we can assist you.

Back to All News